Buying a home empowers you to take control of your life, increases your self-worth, and best of all, gives you options to diversify your financial life. While it might feel overwhelming or out of reach, these women show that against certain odds or challenges, home ownership has so much to offer. Here are five incredible success stories to inspire you:

She owns properties despite her debt

Stephanie Bousley still has close to $100,000 in student loan debt—even while she owns two properties. “I could liquidate my properties and probably pay [the loans] all off,” she said, but she isn’t letting that debt define her or stand in her way.

While living in Singapore in 2013, she decided to use a bonus from work to purchase a rental property in Minnesota. Even though she was living abroad, she managed to find a place within her budget and with potential to increase in value. She rents out the property and cash-flows about $250 a month, even after paying her property management company.

That property has increased in value by 65% in the past five years. “It comforts me to know the asset is there if I ever need the cash,” she says.

Bousley now lives in Los Angeles, and though her mortgage is steep, she prefers owning her home to renting one. Her approach to finances is holistic, and she doesn’t define her worth by student loans alone. Owning properties and managing her own finances is important to her, as she puts it: “It’s a huge boost for my self-esteem and my self-worth.”

Even though her life was admittedly less stable than other friends who hadn’t yet bought homes, Cori Carl recognized the value in home ownership even on her $40,000 salary. With a private loan from her mother, she bought a home in Brooklyn and rented out a room.

Having her own home gave her a feeling of control in her life, and an opportunity to learn about taking care of things for herself.

She sold the apartment for twice what she paid and bought her next apartment in cash. “Buying an affordable apartment and having a roommate gave me the freedom to not worry about my bills. It’s given me the ability to work for organizations I believe in, doing work I find fascinating,”she told me over email.

While she could have kept some of the cash from her first sale instead of paying off her mortgage right away, now she has the freedom to rent her new place and cash-flow all the rent money.  She lives “a really nice life on a modest income.”

“Right now, I travel full time and run a nonprofit. I can’t think of anything I’d want to change about my life if I magically came into riches tomorrow,” she said.

She found a passion for hosting to keep her home

When Sarah Langley bought her first home in 2008, she had a dream of giving her counseling patients exemplary care downstairs from her home—“like Jason Seaver (RIP) of Growing Pains sitcom,” she said.

Soon, however, the cards seemed stacked against her. Her mother was diagnosed with Alzheimer’s, and she became her mother’s caretaker.  She had to close her practice in 2015, and the house still wasn’t worth as much as she had paid for it.  She felt stuck.

The only option seemed like a rental company, which would manage the house while renting it out—but rather than receiving any money from her rental property, she would owe the rental company about $110 a month. “I really felt stuck again,” she said.

At a conference, she learned about renting her home on Airbnb. It took four months to get her first renters on the site, but after that, things really turned around. “I realized I had a passion to host and entertain,” she said. “It has been a very rewarding experience ever since.”

She faced her college board to make smart financial moves

When she learned of her college’s on-campus living requirements, Lisa Bradley didn’t let it stop her from carrying out her plan to own a home.

She had already asked her parents to co-sign a mortgage on a house near the school. Bradley figured that if she rented rooms to friends, she could make a profit on the house if she sold it four years later.

There was a catch: the school had a two-year on-campus requirement. So, she made a PowerPoint and presented it to the board, to prove the seriousness of her endeavor, which she considered her first foray into entrepreneurship. Of course, they were convinced.

She cash-flowed the rent money to help pay for college and sold the house three years later for a $20,000 profit.

It gave Bradley a taste for entrepreneurship and inspired her to start her own company, R.Riveter, which was featured on Shark Tank in 2016.

She believes real estate is about helping others

Melissa Steele bought her first home while in college in Buffalo, New York. It was a three-bedroom house, and she rented the other two bedrooms out to friends, where they could pay less than market value for rent.

With the rental income and some of her salary, she paid off her first home in two years.

Since then, she has purchased four properties in Tennessee, each of which cash-flows about $300 every month for a total of $1,200 a month for the past five years.

But Steele didn’t stop there—she pitched the idea of an investment property in San Diego to her husband, and their $35,000 in renovations already increased their house value by about $100,000.  Rather than flip it for a profit, they are building two rental units in the backyard.  Her hope is not only to pay for her mortgage, but to empower other women to make similar financial moves.  At 29, she is spreading the wealth. “I live, breathe, and love real estate,” she said.  And it seems to love her back!

Like any big endeavor, home ownership has its challenges.  But it’s not out of your reach to make property ownership work for your individual situation. Consulting with the right professionals is an important part of making property ownership lucrative and easy.

Feeling inspired? Share your stories of property ownership with us! 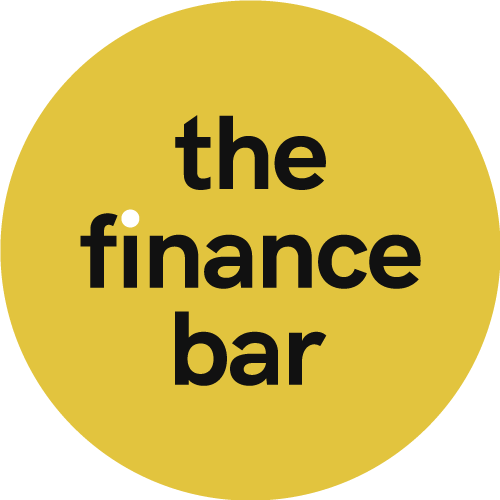 The Finance Bar is a personal finance suite helping women and couples achieve financial wellness through financial therapy, education, and an innovative learning hub on wheels. Creator Marsha Barnes is Certified in Financial Therapy, Financial Social Work, and serves as an Official FICO Brand Ambassador, and was named GOBankingRates’ Best Money Expert in the Net-Worth Category.